Much can be said about this year, I choose to focus on how extreme the dispersion been this year. A very small subset of the markets has been doing tremendously well in 2020. Bitcoin has tripled and Tesla and other ESG trendy “hot stocks” soared hundreds of percent on back of the massive stimulus we seen. 2020 has been a treacherous year for us long term more value oriented investors. With the exception of 1999, it has probably never been harder to stay true to your investment philosophy. The liquidity flywheel has been turning extremely quick in a smaller segment of the total market at the same time we all know how poorly the real economy is doing. I’m pretty active Twitter user and never have I seen such euphoria among investors that had a portfolio of loss making, high growth tech stocks with as many SaaS etc in the company description as possible. I was still very young in 1999 and history never repeat itself, but I’m pretty sure it rhymes. And the rhymes I have been hearing lately are not positive for the returns for the coming years.

2020 has also been a terrible year from the perspective of have and have nots. And I’m sitting as a clear winner here from that perspective, with a stable high paid job and and assets that just keep appreciating at a high speed. At the same time a lot of the people who don’t have the luxury of big savings even lost their jobs this year.

What defined most investment returns in 2020 was how one navigated the period of February to April this year. Given that I live in Asia I had a front row seat to what was happening in Wuhan. In my post from Feb 9th I wrote the following:

I would like to start of by saying, that I think we are facing an extremely serious virus spread. It’s the sneaky feature of the virus that it can spread before people feel sick, which really makes this so very dangerous. Thanks to very powerful actions taken in China and elsewhere, we might just dodge a major major global health crisis.

When I started to write on this post a few days ago I felt my fellow investors in the US and Europe had not understood what is going on in China. But just over the past few days I think investors are getting input from company management and decent news reporting on what is actually going on. I felt all worked up, how could equity markets continue up when 1.4 billion people had decided to sit at home, not work and basically tend to basic needs!?

We humans are pretty easy to scare and what influences most of all, is the behavior of the people around us. People can be calm and rational about the likelihood of catching the virus, but change mindset very quickly when put with a new group of people that act more panicked about the virus spread. It’s very quick back to basics in situations like this, Maslow’s pyramid comes to mind. Nobody is any longer thinking about which Hermes bag or new car to buy, when you are fighting at the local supermarket for the last rolls of toilet paper. Maybe it sounds like a joke, but this has been the actual situation in Singapore and Hong Kong over the last few days.

I think I was fairly spot on in my analysis in early February and really early to voice my views/concerns as well. After that point of being correct early I got a lot of things wrong. First of all I was very bearish and thought this bull market had in general ran its course. I thought we where staring at a crisis that would trigger a more long term economical decline. This meant I did not think of upside potential and buying potential winners from the crisis. I focused all my energy on downside protection and rotating out of anything with high leverage and/or severely affected by the virus. When all the stimulus packages started to kick in, again I was more thinking downside protection, that the USD would be devalued long term, so I took some positions in gold. The right move of course, now that we now the results would have been going in heavy on what was a Covid winner. For example I wrote my analysis on Valneva late 2019 so I was well aware of Moderna, go back to my post and you will see I compare Valneva to Moderna. A company probably nobody heard about in late 2019. In general the strength of the stock market boom from the lows really surprised me and still does.

The year of Poland

2020 was also the year that the Polish stocks in a more significant way entered my portfolio. It’s always a bit scary when one starts to trade a new market, where a lot of information is not available in English. My earlier investing years was very Europe and US focused and later when I moved to Asia I focused much of my investments on mastering investing on the Hong Kong exchange. I know feel I have a good grip of the western markets + HK/China. The become a truly global stock picker, I have over the past 2-3 years tried to widen my scope to other more undiscovered markets. I firstly focused on Italy but struggled to find real gems to invest in there (the market is still clearly on my radar). I then shifted my focus to Poland, a more emerging market than what I previously invested in. The companies have very tiny market caps and one has to accept poor liquidity to buy anything except the 5-10 larger companies on the list. The one big market I have left to look at would be Japan. I know there are tons of interesting companies there and I have from time to time been close to pull the trigger, but so far not.

I’m both extremely pleased and somewhat surprised over my return in 2020. With twice the return of MSCI World and at a lower standard deviation (measured on weekly data), it’s my best year since the blog started from an outperformance perspective. When I say that I’m surprised it’s because how strong the US tech segment been, which has a large weight in MSCI World. I have had very little to no such exposure (perhaps you can count LiveChat and JOYY in that segment). If you look at the below table of where most of that performance was created, it’s almost all from holdings that I added during 2020 (holding period less than 1 year). Many of my 2020 losers are my long term holdings such as Nagacorp and Dairy Farm, so activity has definitely paid off this year.

Thank you all for following my blog all these years, if you do enjoy it, please subscribe go get all my posts in your mailbox. 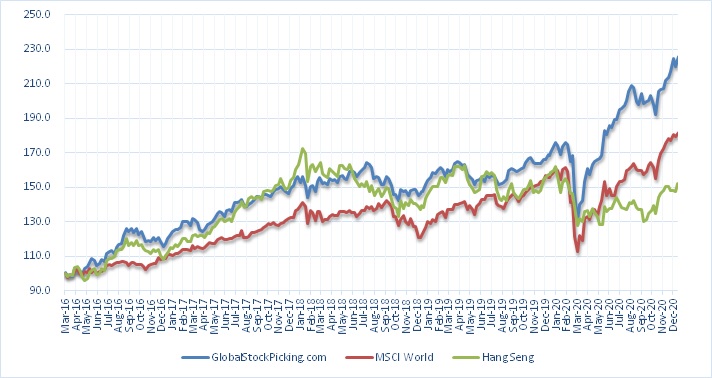 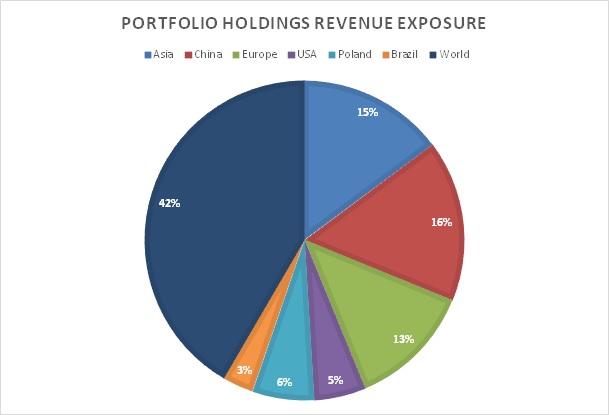