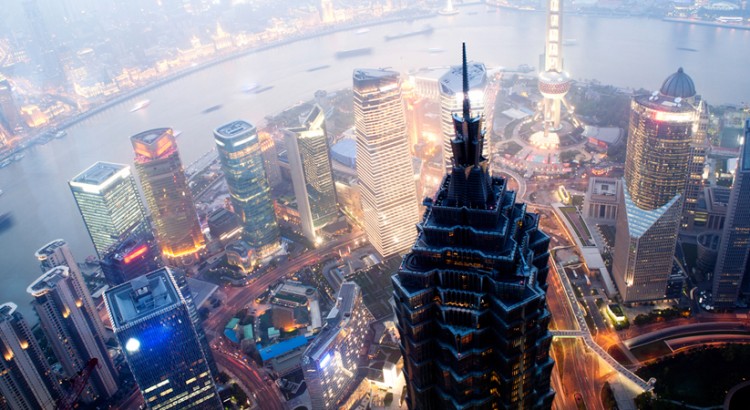 Time to rotate away from China

I have in numerous post expressed in different ways my feeling of wanting to rotate my portfolio away from it’s heavy China tilt. But why did I end up with such a China exposure in the first place? Here is a few reasons:

Why I’m rotating away is more from a Macro perspective. I’m quite scared of the speed of the debt build-up in China. Many professional stock pickers I have met says, don’t try to time Macro events if you are a stock picker, generally I agree. One can’t be a master of all and you should try to stop predicting Macro events as the reason for buying or selling stocks if you are a bottom up fundamental stock picker. But there are circumstances in more extreme cases where I believe Macro should not be ignored. I believe we are starting to enter such territory for China. I think Kyle Bass (who has been wrong on China for quite some time) has some good insights it in this short interview: Kyle Bass on China – Bloomberg interview.

I don’t have unique sources or insights on China. I read daily news on China, listen to people who live there, as well as more informal sources of information (blogs/vlogs etc). Much is great (and bullish long-term) about the Chinese people, their willingness to study hard, their respect for knowledge etc. But the picture I paint right now of all information I collect, does not look good.

If I focused on the negatives this would be my observations, much of it you have heard before:

All of the above and the speed of how quickly Chinese are making money in the last few years is telling me this is a train about to derail.

Even if I did not have any doubts about the state of things over in China, my portfolio which should have a global focus has been over exposed to China. So today’s changes is one step towards balancing my portfolio and taking profit in Ping An Insurance which has been having a tremendous run over the last months where I’m netting a +50% gain since I invested about 1 year ago. The stock still does not look that expensive from a stand alone perspective and I really like how innovative they are with developing their e-sales channels and products. But the low valuation which I have patently waited for the market to re-evaluate, has to a large extent happened. It is somewhat reluctantly that I sell, but given the discussion above on China, I have to start somewhere. In Ping An I don’t see more than perhaps 10% potential upside in a shorter term perspective and it also quickly reduces my China exposure, being the largest holding. After this sell I still have roughly 30% of my portfolio with China exposure, I intend to bring it down below 20% during this year.

The main reason for writing so little over the last months is that I focused my time on researching a number of companies. Unfortunately most of them has fallen short as investments and a few have had such tremendous runs during the time I researched so the upside potential diminished while I was doing my DD. These two companies ideas I got initially from a friend and both fall in to the bucket of fairly solid, boring, slow and steady investments. Both I think are excellent long term investments, rather than bargains at current levels. I will write a longer write up of both companies at a later stage. A brief description of the companies:

Based in Denmark, The ISS Group is one of the world’s leading Facility services companies. ISS was originally short for International Service System and from 2001, for Integrated Service Solutions. Today, it is only used as an acronym. In 2005 ISS was acquired by Swedish PE firm EQT and Goldman Sachs, they paid about 22bn DKK at the time. During the EQT ownership the company expanded into Emerging Markets and number of employees grew from 274,000 to 511,000. In 2011 G4S made a failed attempt to acquire ISS for about 45bn DKK. In 2014 the company was again listed on the Copenhagen Exchange through an IPO at 160 DKK per share. The company had a shaky start with the overhang of EQT and Goldman who wanted out of their investment. In 2015 they divested their last shares, at the same time, the Kirk Kristiansen family, the owners of the Lego brand, increased their stake in the company. The company is today trading at 274 DKK per share and has a MCAP of about 51bn DKK.

The investment case is built around ISS solid track-record in the past and strong cash-flow generation, which has been used to pay down debt since the financial crisis 2008. That debt pay-down is more or less done and ISS can now focus either on further growth and/or increased payouts to shareholders. With ISS services in a fairly defensive sector I find the company reasonably valued, without paying too much of “Quality premium” as is the case in many other companies. Currently trading at P/E 22, and forward consensus P/E is 16.6.

Based in Finland, Huhtamäki is a global specialists in packaging for food and drink. Again a company with a long solid track-record, where growth has come from a combination of organic growth, joint ventures and acquisitions of smaller packaging companies around the world. The business model is de-centralized in the sense that the packaging production units are smaller units, around the world, whereas Huhtamäki has a number of larger customers contracts, that they serve in various markets.

After several years of very strong stock price performance, the company is lagging the market significantly over the last year. The main reason I have found for this, is slowing growth. But as I see it they keep investing for growth and the market has been looking at this company way too short term. Just now I’m ready to push the button to order some dinner from deliveroo, one of many take-away services. Which with better IT-platforms for delivery are still just in early days of a trend I believe will continue for a long time. Big city people cook less and less at home and consume more of all kinds of take-away food. I also like how fragmented the market is and with Huhtamäki’s long track record of delivering clean/safe food and drink containers, it becomes one of the main choices for all global players as Starbucks, McDonalds etc. It’s exactly these kind of tailwinds I like, and Huhtamäki is well positioned in this niche, and also valued “reasonably” at P/E of 19.