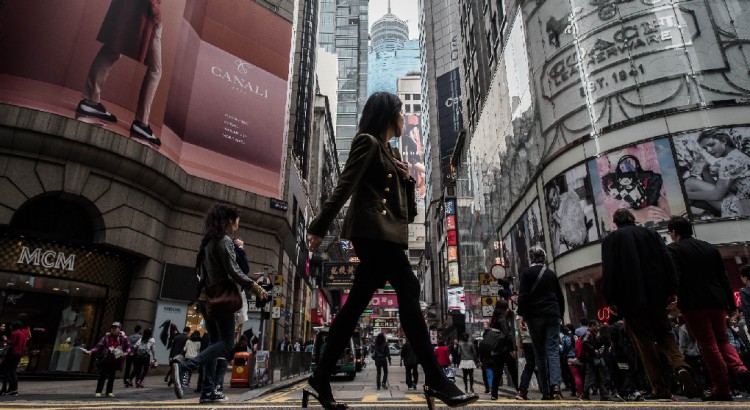 I have been visiting Hong Kong the last week, talking with people in the industry as well as locals. It is very obvious Hong Kong has been hard hit by the Chinese slowdown and the sentiment among people is pretty bearish. Let’s take a look at the 4 factors that has created a “perfect storm” for this small Special Administrative Region.

The first area taking a hit was the luxury spending by mainland Chinese tourists. It has been a pretty grotesque development in the city over the last 5-10 years, where stores for the local people have been pushed away for another luxury brand store opening.  This correction started when Xi Jinping started his anti-corruption campaign with a ban on expensive “gifts”. The hostility from the locals against mainland Chinese as well as mainlanders become more well-travelled (they prefer to buy their bag in Paris now) has contributed to this. All this has pretty much played out during the last 2.5 years and business is adjusting to a new normal of lower sales. Although I have still not really seen any mass closing of jewellery/watch/handbag stores, so maybe we still have more room on the downside?

The second hit was the crash of the mainland stock market, bringing the Hang Seng index with it to multi-year lows. We have to go back all the way to 2011 to find lower levels for the Index and even then that lasted for a short while, in fact the index traded at the same level already back in 2006, truly 10 years of no returns (except dividends). Hong Kong stock market has been a terrible place to be in for long only investors.

The third area to hit Hong Kong is a property market that turned sour the autumn of 2015. The property market had for a long time been propped up by non-local investors, mainlanders in particular. In the end of 2013 a hefty stamp duty of 15% was introduced for all foreign investors, which basically halted sales by mainlanders. When that was introduced I was sure that now the property market will dump, but I couldn’t have been more wrong. After taking a short breather, the market continued another +25%. Well, now sales have halted completely and smaller apartments (that previously rallied the most) are very hard to sell and falling fast. Below is 5y history of HK property prices: 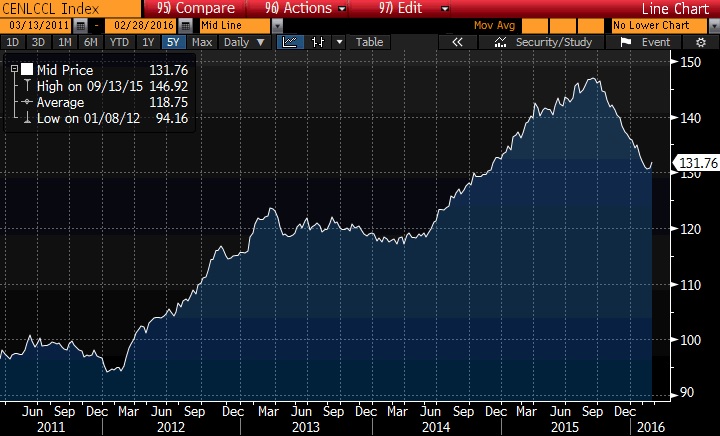 The last hit is the banking industry. Obviously banks have been having a hard time recovering since the global financial crisis, with ever increasing regulatory demands. The banking industry is shrinking in general, that is a fact. But unfortunately for Hong Kong the oil and commodity price collapse as of late, has finally taken its toll on some banks that have been too aggressive in their lending and expansions in Emerging Markets. The major culprit which is now suffering badly is Standard Chartered, which is one of the biggest banking employers in Hong Kong and one of three banks printing the physical currency of Hong Kong. But it’s just not Hong Kong, banks in general are going through cuts in trading divisions and in many cases it easier for a European or US based bank to cut from branches further away. So the job market in Hong Kong is also turning sour, with layoffs and less opportunities and definatily lower bonuses.

So the picture overall is very bleak in Hong Kong, in stark contrast to Sweden where I currently live. Sweden has a booming property market at all time highs, negative interest rates, un-employment among well educated people is non-existent, people are and feel rich. You have lot of signs that the market is very strong, you have to be out well in advance to book a popular restaurant, because they all tend to be full. People all travelling to more and more exotic locations. Car sales is very strong and with the low interest rate the latest trend is everyone buying new cars on 3 year leases.

This is of course also reflected in stock prices, companies with domestic sales in Sweden and Hong Kong are at very different parts of the cycle. In general I’m contrarian and I prefer to buy stocks when things look bad, like they do in Hong Kong, but it’s also hard to time these things, it might get much worse before it gets better. This goes to show my catch phrase “there is always a bull market somewhere…”. As a global investor you have the advantage that there are always markets that are not in tune with the rest of the world, although this is of course extremely difficult to time in the short run. But at least it gives you opportunities when for example your local market is expensive. In future posts we will deep dive into some Hong Kong listed companies.