Dairy Farm is one of two holdings I held more than 2 years, which still has a negative return. Previous poor management combined with Hong Kong protest and Coronavirus has made this (normally) defensive company perform very poorly over the past two years. In the more recent sell-off I even decided to add to my investment. This is so far been a fairly poor choice since the stock rebounded less than the market has. If you read all my post on the company I contemplated multiple times if I should give up on the company or stay the course. My very long term thesis is that the company is in a very strong position to capitalize on the growth of the Asian middle class. I decided to continue to stay the course long term. The reasons being is that I see plenty of signs that the CEO Ian McLeod is doing the right things. Ian took over as CEO in Dairy Farm around the time I invested for the first time. The outside world of protest and Corona is hard to control (and hopefully something that will pass) but what Dairy Farm can affect seems to be going in the right direction.

Dairy Farm’s supermarket division is a very large part of total revenue. Given that it’s groceries, the margins are much thinner than for example IKEA or Health & Beauty sales, producing less bottom line than the other areas. My thesis all along has been that Dairy Farm would be able to significantly increase margins for it’s grocery segment. So far it has not happened but I really think things will improve from here on on wards. The biggest reason for that is spelled Meadows. 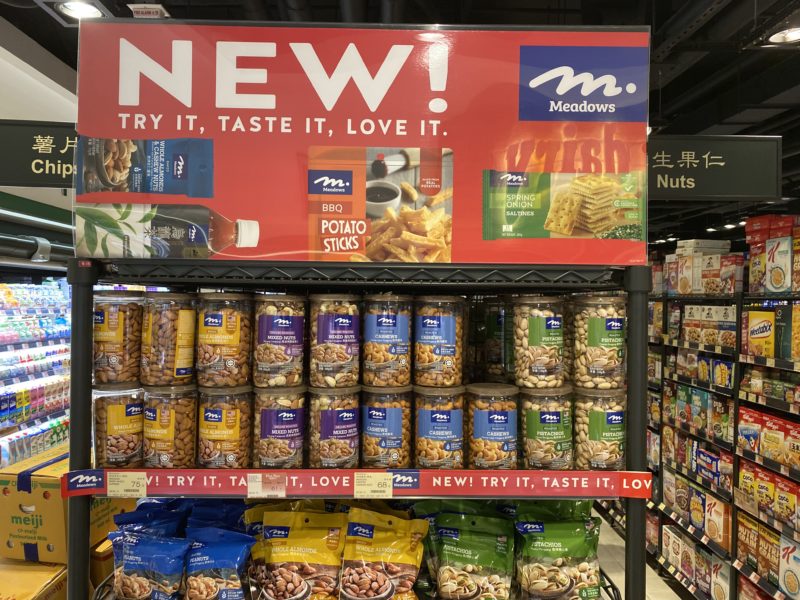 The trend that big grocery chains use own branded products has been particularly strong in large parts of Europe, as can be seen in the graph below:

The idea is pretty obvious, take control of the products sold and get a better margin. The reasons why a grocery chain would be hesitant to do so, would be that there are a number of branded products we consumers really want to buy. For example myself I really don’t want any other ketchup than Heinz. British grocery chains have been extremely successful in selling own brand products, take for example Tesco which has a very wide variety of Tesco branded products. Now Dairy Farm is going in the same direction, pretty much with a big bang launch of a huge set of products under the Meadows brand. Below is just an example of the economics of it, not necessarily exactly how it would play out for Dairy Farm.

Now getting to the above increase in margin is really a volume game. You need to be of a certain scale to be able to pull it off. Tesco for example has 56bn GBP of sales, so its not hard for them to have the scale to build a strong own brand portfolio. Dairy Farms grocery sales is not nearly as large, but how large it is depends a bit on how far they plan to roll out the concept. If it’s only to its fully owned supermarkets, the total sales is only some 5.2bn USD, if it also is to its Welcome stores its another 2.2bn of total sales there. Then we have the associates as Yonghui Superstores which has another 12bn USD in sales. I have not been able to find any info that the Meadows brand has been rolled out at Yonghui, perhaps someone in Mainland China is able to confirm this for me? This would be a big benefit if Yonghui would share in the Meadows brand but I don’t think that is the case. If we look at other smaller listed grocery companies, Swedish listed Axfood has revenue of 5bn USD and has managed to build a own private brand called Eldorado. Eldorado started as a ultra low price brand but is now complemented with multiple private brand products in higher price segments. So it is possible to build a private brand portfolio also within a smaller grocery network as Axfood.

My feeling here with the Meadows brand is that they for sure try to be a low cost option, but still with a little bit better quality than the cheapest stuff. The brand itself feels quite premium when you buy the products, but after trying a variety of products I would say only a few of the products actually are of equal quality as the branded examples. They do come with a big discount though and clearly the cheapest option, which I think matters to many. 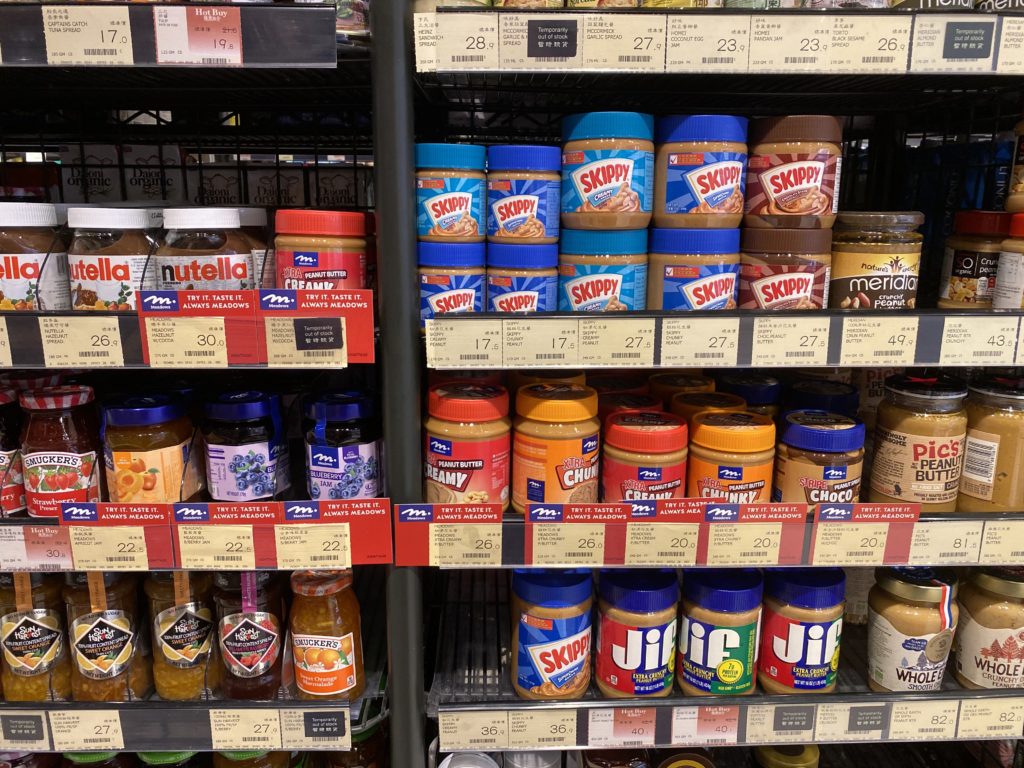 Notice the pricing point of the Meadows peanut butter compared to Skippy (20 vs 27 HKD), also some blueberry jam to the left from Meadows and a cheaper price point than Smuckers. So to sum it up, I’m very happy with this development, the private brand trend has barely even started in Hong Kong and China in general. Now Dairy Farm is off to a strong start with the Meadows brand. It’s going to be interesting to evaluate over the coming 1-2 years if Dairy Farm can lift it’s grocery chain margins.

I have equally large holding in Greatview Aseptic Packing listed in Hong Kong, where Dairy Farm is a large owner. Some milk products sold under the Meadows brand are using Greatview packaging which of course is a positive development for 468 HK. Although Dairy Farm’s milk sales is probably too small to make a big difference in Greaviews revenue, it’s still nice to see. 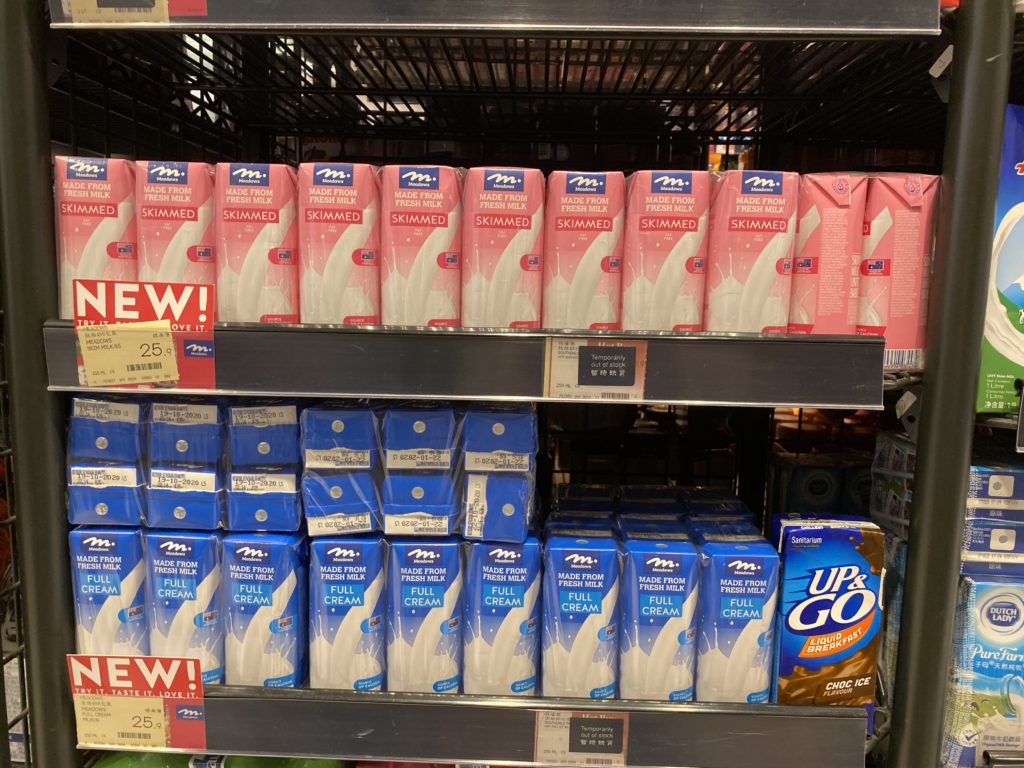 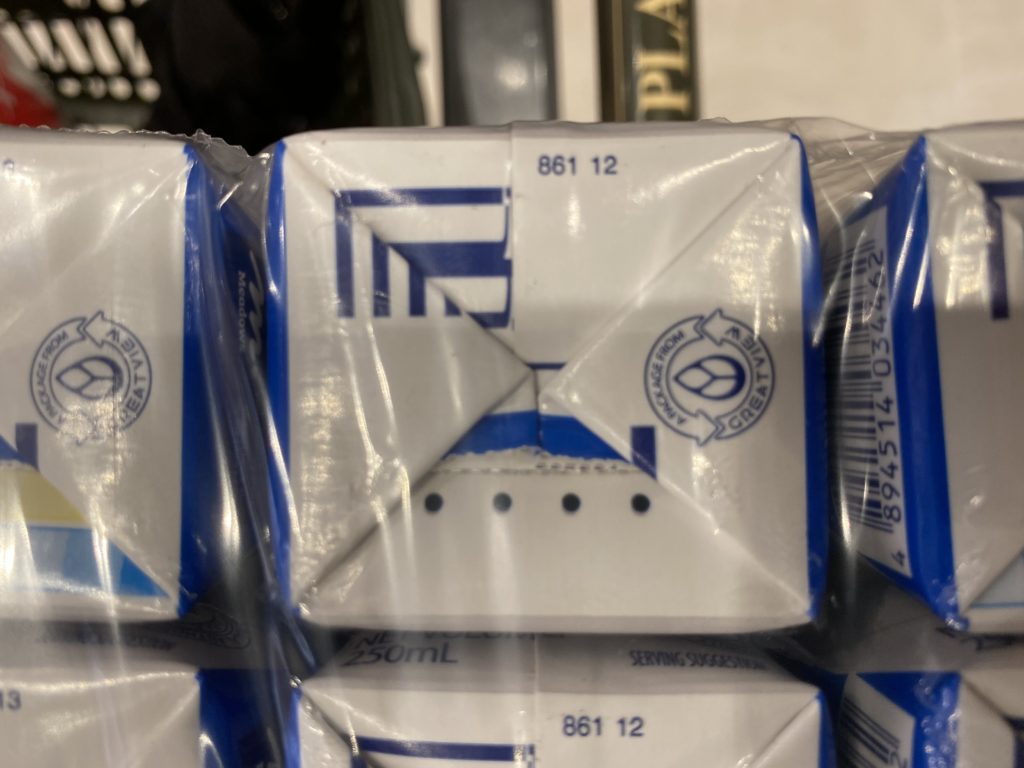