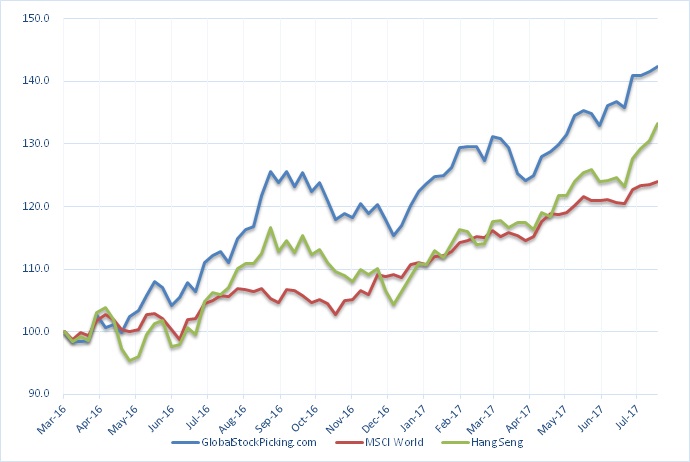 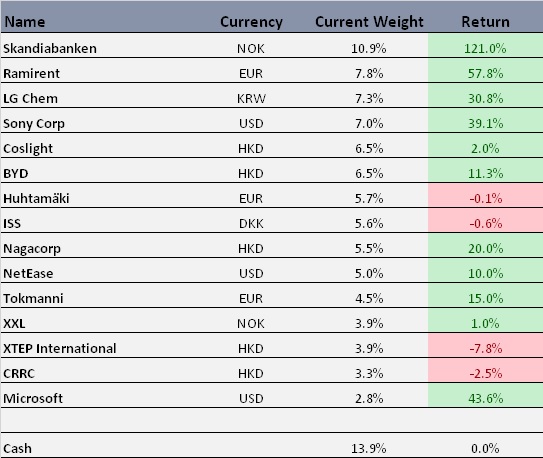 END_OF_DOCUMENT_TOKEN_TO_BE_REPLACED

Without further ado, here is my starting portfolio which goes live with closing prices as of Friday March 18:

13 stocks and 8% cash position ready for adding 1-2 stocks from my Watchlist, which you will find also in the Portfolio page.

I will spend up-coming posts to introduce the stocks in my portfolio. Also from now on, I will start to update monthly the portfolio performance and changes to the portfolio. You can always find the latest Portfolio and my current Watchlist under the tab in the menu on the top.