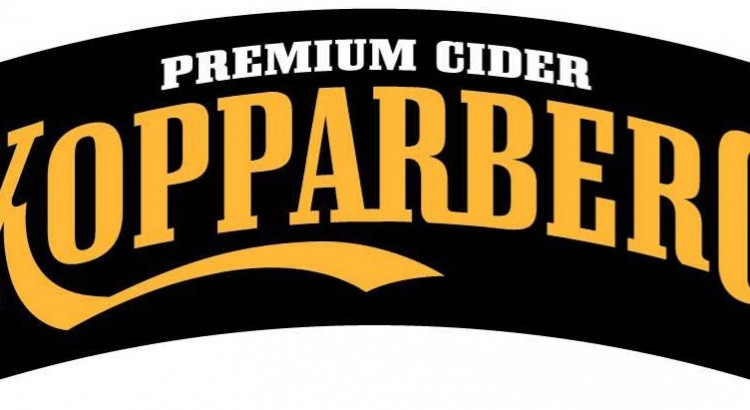 My final addition of brewery companies, with a 4% weight, is the Swedish cider company, Kopparberg. The company has been selling sweet fruit cider (and beer) for many years in Sweden and later expanded to the UK. Kopparberg was the first entrant offering a sweet fruit cider in UK, which was more or less unknown to the British.  Kopparberg have managed to break into this market and create its own niche and it has been a roaring success in UK.  Kopparberg has some 60% of its world-wide cider sales towards UK today. Naturally as a Swedish producer the GBPSEK rate is important to the margins of the business and Brexit was not helpful in this regard. Given the companies success in this new niche of very sweet cider, there has of course also been competition that has stepped in. For example Carlsberg Somersby which has also seen extremely strong growth.  With results at current level, the stock is fairly valued and downside is a more general multiple contraction in (brewery) stocks. So I keep this at a lower weight for now, waiting for a more clear confirmation of a turn-around and/or further sell-off, where I would be inclined to add to my position. Nevertheless, I’m impressed by the execution of the Kopparberg management and their track-record. I like that the CEO and founder holds a large chunk of shares. My main thesis for investing at this point, is a normalization of the margins for the UK market, which gives the stock some upside and also that I believe the product will be successful in other markets/countries (with USA being the number one target).

Adding to Olvi – another 2%

I currently hold about a 4% position in both Olvi and Diageo. Diageo is one of the worlds largest brewery groups with a tilt more towards spirits, like whiskey, I’m fairly happy with my holding right now and a larger sell-off would be needed for me to consider adding to my position. Olvi is mainly a beer brewery focusing on Finland, the three Baltic countries and Belarus. Whereas both stocks have traded down slightly since I bought I have been looking more closely at Olvi. The company is in a great position macro wise. The Baltic region is growing very nicely in terms of GDP and economic outlook. Olvi has a very large market share in these markets and just growing at the speed of the local economies will give a significant revenue boost. I believe Olvi is one of the cheaper brewery stocks out there at the same time as they are exposed to some of the countries with very good macro backdrop. I choose to add another 2% to my position here and very much look forward to an interesting report announcement tomorrow.

Finally Nagacorp, which has made a tremendous turnaround since June, when I decided to add to my position (Double up Nagacorp). The sell-off at the time, was more related to the behavior of the majority holder, rather than any company fundamentals. At that time I added 6300 shares at 3.61 HKD, today I slice my holding with 4300 shares at 7.49 HKD, more than a 100% gain in 9 months, very decent indeed. The explanation is two-fold, the majority holder was not allowed by the HK regulator to cheat the minority holders, this gave a quick bounce up when that issue was resolved. The second reason is that the expansion of the Casino has been a real success. And the latest figures that came out, shows an almost unbelievable growth of VIP rollings. So what I have been saying about the revenue growth all along came true and then some. Thanks to (un-audited) voluntary announcement of the 9/3 month results (which only gives some basic information), we can even see how much VIP rolling grew the last 3 months (in million USD). 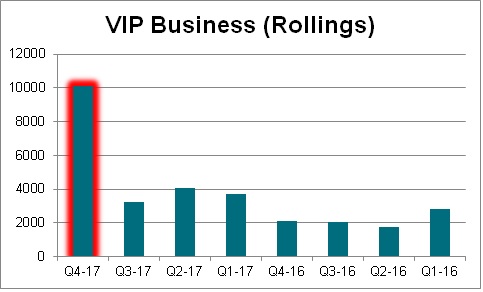 How this translates into revenue is through the win-rate, which is much lower for VIP gaming than Mass market and Electronic Gaming Machines. A picture from the latest results makes it more clear: 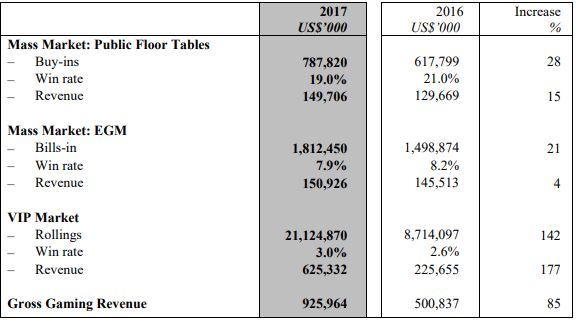 As you can see, the VIP rollings is presented as an 142% increase YoY, but this increase is mostly driven by the Q4 on Q3 increase of 212%, which as previously stated, is almost unbelievable. Looking at seasonal figures, Q4 is not even a strong quarter, Chinese New Year and so on makes Q1 and Q2 more profitable.

Why I am reducing my holding?

When things looks so damn good, why am I then cutting my holding? Well reality is not this easy to keep everything constant and just adding VIP rolling growth, first of all, I believe costs will go up as well. Getting this kind of growth in VIP rollings must come a price. The price is paying the junkets for bringing in all the high-rollers. On the flip-side, the highly profitable Mass Market segments is also growing nicely. Another concern is tax, which is again bound to go up (its a yearly negotiation between the Cambodian government and Nagacorp).

But really what puts me off is the majority holder and his behavior throughout the years. How he tried to cheat everyone through the double dilution of his convertible bonds price adjustment was very distasteful. Another example, every year he awards himself a massive bonus. Why this bonus even exists is very unclear, he then “kindly” defers it, meaning it won’t affect that years results. It’s a pretty chunky sum of money “Dr Chen will be entitled to a performance bonus of US$11,765,321 (the “2017 Bonus Entitlement”) for the financial year ended 31 December 2017. “. So I keep saying in my comments about Nagacorp, this is money printing machine in a region with tremendous tourist growth. With a better majority owner I would be happy to hold 12-14% of my portfolio long-term in this stock, but now it’s a love/hate relationship, where you are just waiting for the next betrayal. So for that reason more than anything else I hereby take some profit, although I easily could see this stock at 10 HKD before year end.